January 09, 2014
I picket this up at my local sephora a couple of weeks ago. It is the Urban Decay Black Market Eyeliner set. It is mostly dark shades and I feel that some would look best on certain eye colors. It retails for around $36 but I found mine in a sephora sale section for $24. No matter if you pay full price since it is still a good deal considering one full size is $19 and there are 6 deluxe shades (meaning larger than sample). 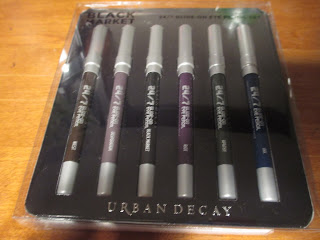 There are six pencil liners in a sturdy cardboard holder with a clear plastic case surrounding. 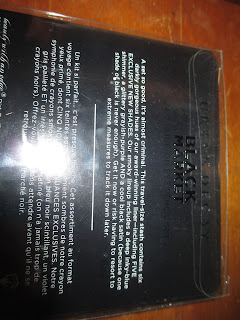 The back says it is soo good its almost criminal. 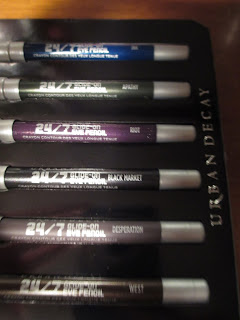 The shades are West (shimmery medium brown), Desperation (A matte grey with a hint of), Black Market ( A almost black satin - Appears black), Riot (A deep purple with glitter), Apathy ( A deep olive green shimmer) And Ink (a deep blue that shines) 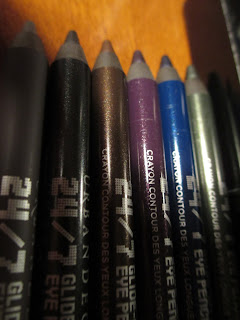 Here what the pencils look like with the caps off. 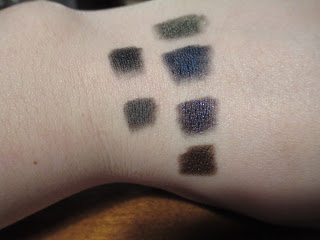 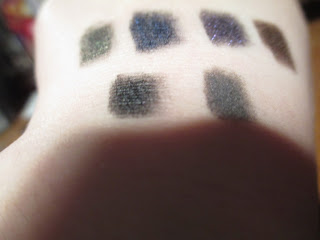 And again in the same order as stated before. 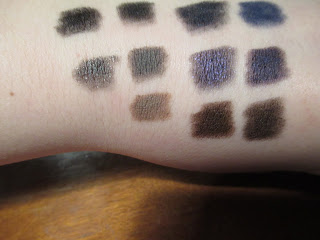 And some comparisons: ( I only had similar ones to 5 of the shades, Apathy is a unique shade) 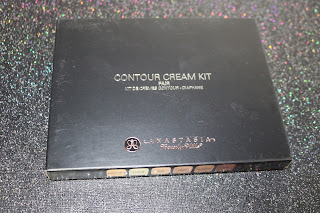